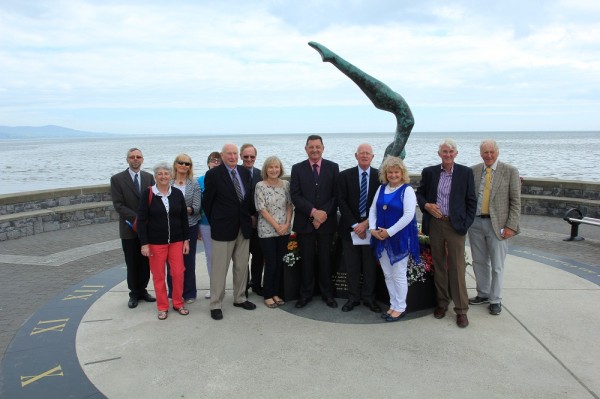 The whole community stepped up to the mark on Friday 11 July when judges and other officials visited the village of Blackrock, in Co. Louth.  The judges were welcomed at the community centre by children from St. Oliver Plunkett’s school.

After that, the Blackrock Tidy Towns outlined how the community groups in the village work together for the benefit of the whole community. The judges met representatives from the Community Centre Committee and Rock Celtic F.C. before being taken on a guided tour of Blackrock park starting from the prestigious Blackrock sundial.  Did you know that this is the largest sundial in a public place in Ireland? 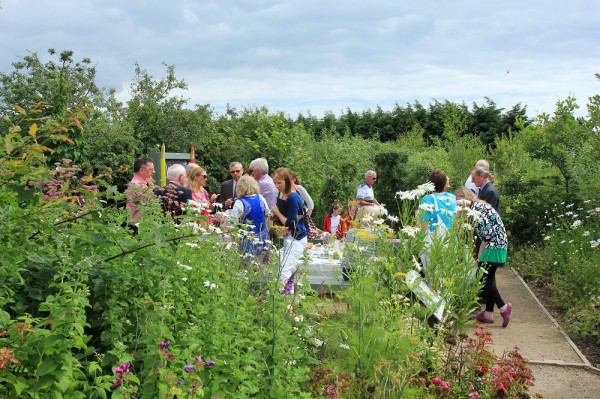 The local school children from St Francis’ and St Fursey’s schools introduced them to their “Eco-Tribes” gardens featuring ecologically friendly planting designs.  A short break at the Seomra Glas in the biodiversity garden, organised by local children and parents was followed by meetings with representatives from Blackrock Athletics Club and The Geraldines G.F.C.

A walking tour of the promenade and Main Street area during which the Tidy Towns Team explained the various projects that had been undertaken in recent years to bring Blackrock village up to the award-winning standard it currently enjoys.

Representatives from Blackrock Seaside Traders and Seaside Festival Committee met the judges. A volunteer from the local CrossCause charity explained how the community supports underprivileged children in Romania and Ghana.  A minibus tour of Blackrock village followed where the judges saw some lovely sights such as:

Blackrock Tidy Towns would like to thank everyone who helped make this such a memorable day for the village.  By working together, we were able to portray Blackrock in the best possible light, and everyone really did their bit to make sure this happened.

For more info about their community and their project, visit the Blackrock website.

Rainy Day But Sunny Attitudes In Ardee
Scroll to top