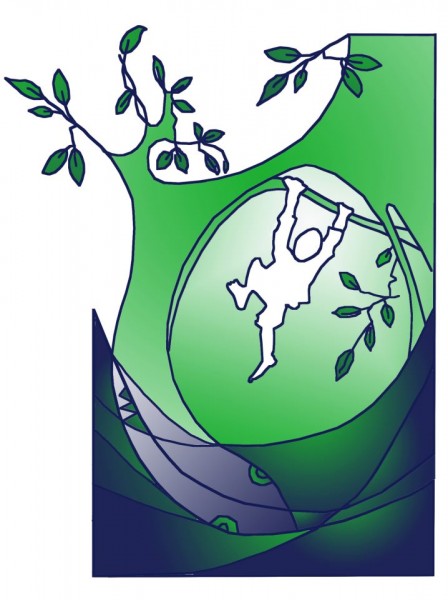 They were immediately impressed at how clean the park was, but when they learnt that local residents had grouped together the day before to make the park as presentable as possible they were blown away. They heard about the appeal that had gone out on Facebook and the large crowd that showed up to help remove any weeds or litter that could be lying about. Already it was clear that the park held a special place in the people of Ashford’s hearts.

Ashford Community Park was established to be a safe place for the people of Ashford to enjoy. The one acre park was developed with the kind permission of the Stokes family last year, and has become a fantastic feature of the area.

The park aims to be devoid of any anti-social behaviour and an example of a safer environment for families to enjoy. It also serves as a hub for many community events like mini marathons and school sports days. 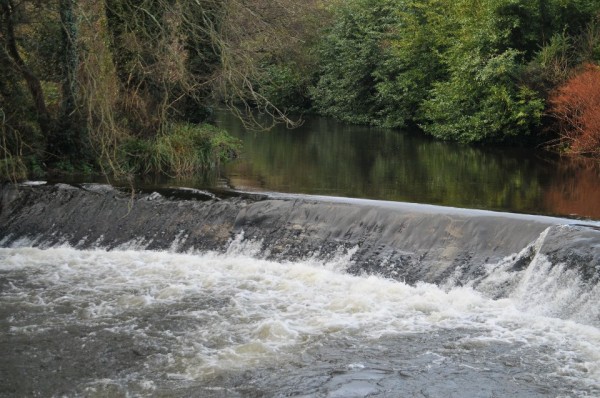 The judges also learnt about the educational images the Park had begun posting on their Facebook page. These images focus on the different species of animals and types of trees that can be found in the park. The community really enjoyed these images as it helps them to understand why it is so important to conserve and protect this land. 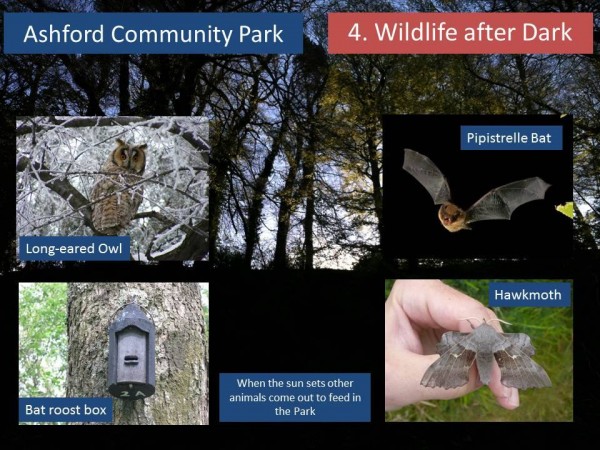 The Judges got a tour of the park where they were shown the work that had been done by volunteers gardening and planting trees and plants. They could also see how much time volunteers put into keeping the park free of weeds.

The judges heard how the park also got great support from local businesses, such as Cafe Latte – a local coffee shop which helped to raise money for the opening of the park with an Easter raffle.

Finally the judges heard from some of the people who have benefited from the park, including local school teacher Ashford Montessori:

We had a day out from our school to the park with all our pupils and parents. The park is a great amenity to have on our doorstep. 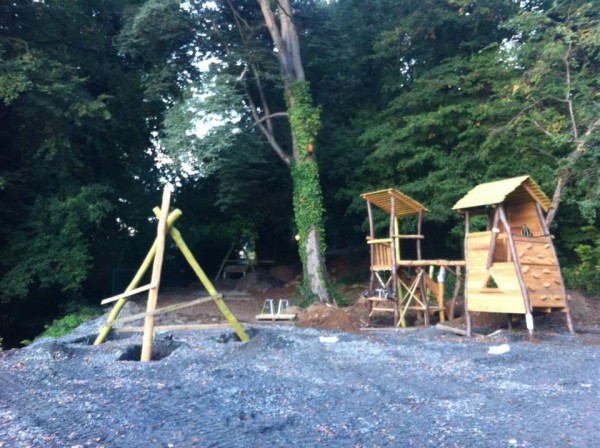 It was clear to the judges that maintaining this park was just as important to local volunteers as enjoying it. The community had really coming together in such a short time to create a fantastic place for families and groups to enjoy.

The council was formed in 1997 to face the growing pressures facing the Wicklow Uplands. It consists of over 50 members, all dedicated to preserving the uplands for the community.

The council are committed to educating and addressing the needs of the local people with regards to the uplands. They stay focused with their official mission statement:

To support the sustainable use of the Wicklow uplands through consensus and partnership with those who live, work and recreate there 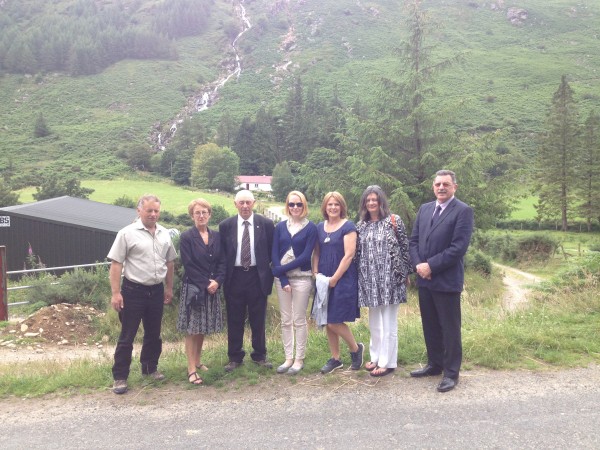 The judges were introduced to the work done by the council, including some of their ongoing projects. These projects have been labelled as models of ‘eco-community’, focused on how the community can work with the uplands and preserve it for future generations.

The council highlighted some of the more successful of these projects: 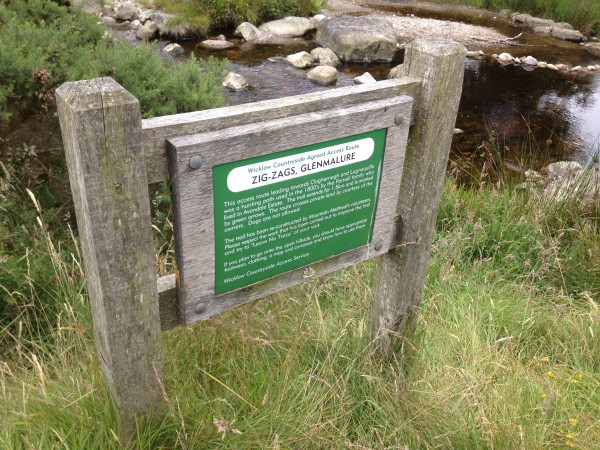 These projects tie into the official objectives of the Wicklow Uplands Council, which are:

A Walk in the Park

The judges were welcomed to Roundwood, Co Wicklow to learn more about the council’s work. Leaders of the board led a discussion panel, which was followed by an organised walk around the grounds. Local member Pat Dunne agreed to allow the judges walk through his land in order to see first hand how the council’s work benefited local people. The walk concluded through Glenmalure, where the judges saw the natural beauty of the uplands.

The judges had the chance to see some of the heritage cottages along the route and see how the council impacted the community’s day-to-day life. 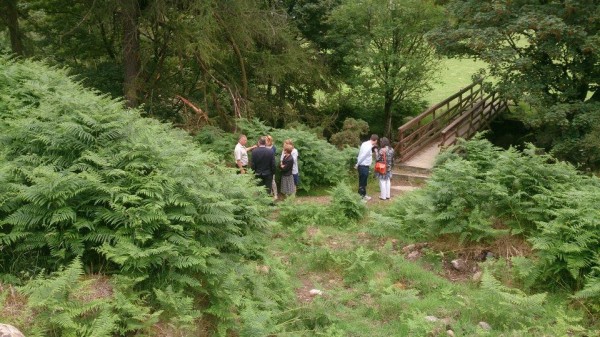 The judges then heard about some of the policies that the council implements on the community in relation to the Uplands. These include:

These policies show the thought that goes into the council’s work. Each one helps the community keep the Uplands a natural beauty. 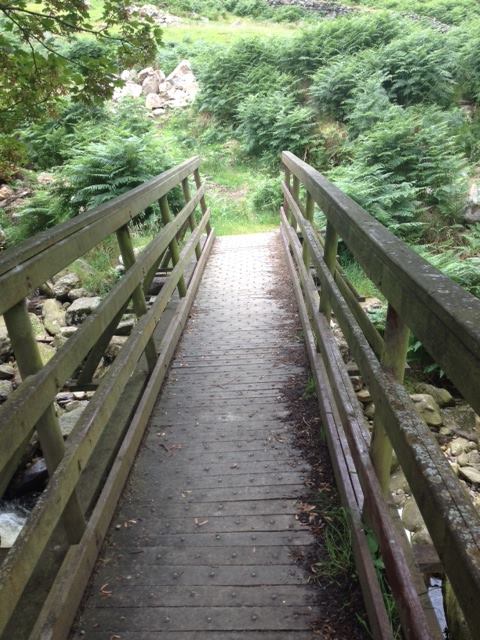 The full information on these policies and more on the work being done can be found on the council’s website.

Coiste Forbartha Dhobhair Teo is a community led development group based in the Ghaeltacht area of Northwest Donegal. They have been rejuvenating and building the local community since 1996. They aim to inspire people to believe in themselves and use their talents and skills to benefit and aid the lives of others.

Coiste Forbartha Dhobhair Teo is a huge presence in the community, and work with people through various means such as: 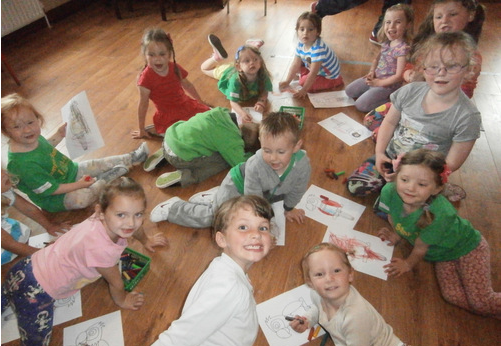 The judges arrived at Ionad Naomh Padraig to learn more about the work the group do. They were first given a brief history of the Centre, which was erected in 2006 and extended in 2010 at an overall cost of 1.7 million in which the community successfully fundraised €350,000.00, Ionad Naomh Pádraig is now community owned.

Over 2,500 people make regular use of the facility, both from the community and surrounding areas. The centre houses groups and workshops, as well as adult education courses. The aim of the centre is to improve people’s lives in recreation and education. The judges were impressed by how the centre has brought people together in unity and development.

The Garden Of Hope

The day was then followed with a tour of the centre and a meet and greet with the staff. They were joined by children from the Campa Samhraidh, representatives of the Irish Wheelchair Association and representatives of Donegal County Council. The committee gave a presentation along with a video of a day in the life of INP.

After a Q&A session, the judges were then taken to see “The Singers Nest” and “The Garden of Hope” in the Community Garden “An Chraoibhín Aoibhinn”. They were impressed by the amount of work that was put into the gardens, and could see that it was a source of pride for those involved.

Gareth Austin, a Horticulture Tutor with National Learning Networks, then spoke about the FETAC level 5 horticulture courses that ran within the Centre. He spoke about how much of an asset the community garden was for teaching and team work in the course. 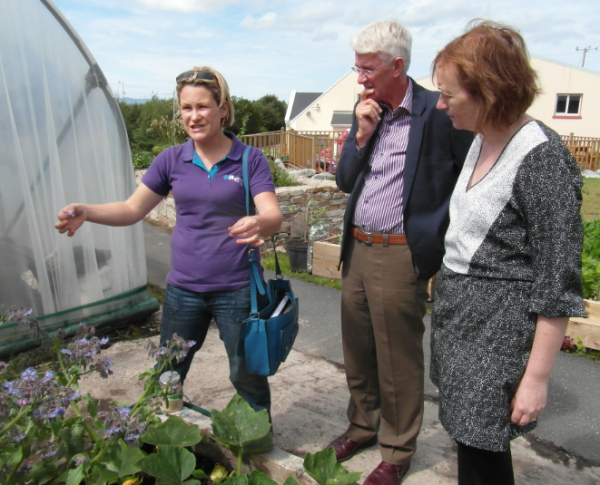 Finally the judges learnt about the voluntary community members who play an integral part in running the Community Garden project. They were guided by Joanne Butler, a tutor with the ETB.

The judges left Ionad Naomh Padraig inspired by the work done to maintain the community gardens, and how it is a source of education and adult development for many.