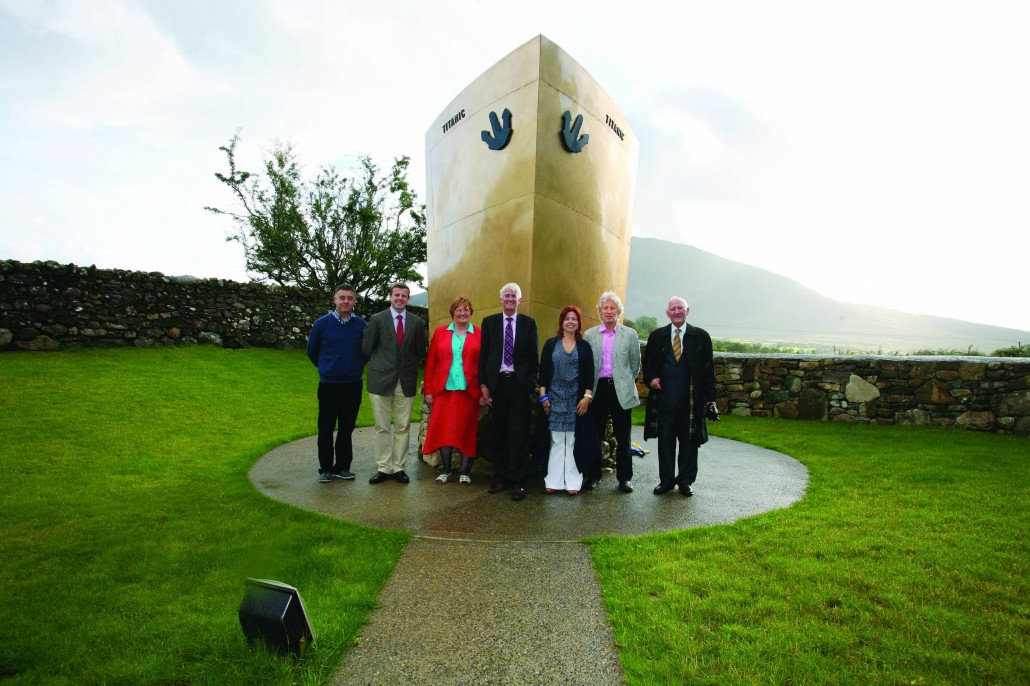 The village of Lahardane was the focus of worldwide attention in April 2012 when the Mayo Titanic Cultural Week took place. In April 1912, eleven of the fourteen steerage passengers from Addergoole Parish (Laherdane) tragically perished on RMS Titanic. The local people worked tirelessly to foster connections with local organisations, community groups and the worldwide Mayo Community.

Various successful community projects have been undertaken since 1999. The Addergoole Titanic society was formed in 2001. The developments of educational, civic and recreational facilities have also been significant in the parish with great voluntary and community effort at all levels. The Irish Countrywomen’s Association and Irish Farmers’ Association were very active organisations in the 1950’s.

The GAA, youth clubs and Macra na Feirme were active throughout the 1960’s and 1970’s. The local graveyard won the “Best kept Burial Award” in 2009 and took the runner-up award in 2011.
Successful village enhancement projects have also been undertaken in recent years.