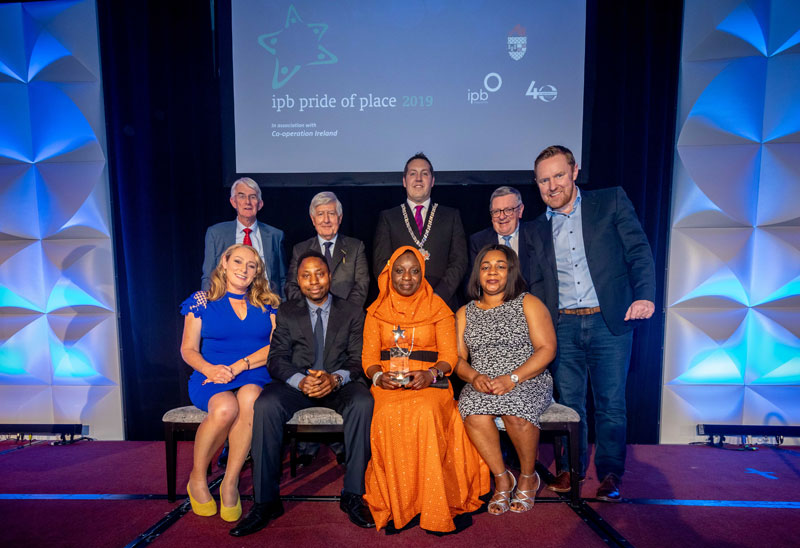 The neighbourhood of Flemington in north-west Balbriggan is one of the fastest growing new communities in Ireland. The overall population of Balbriggan has increased from 8,473 in 1996 to 21,601 in 2016 – an increase of 155 per cent in 20 years. Much of this growth occurred in the Flemington urban neighbourhood. The area is very multicultural with over 35 per cent of residents born outside of Ireland. The new Community Centre in Flemington is the neighbourhood hub where many new clubs and groups have emerged in recent years.

Flemington recently took part in a ground breaking community consultation called Your Balbriggan on the future of the town. The area takes in Bremore Castle which gained national exposure as HQ for this year’s Operation Transformation on RTE. With busy Foróige youth projects and a strong integration forum, the urban neighbourhood of Flemington is very much reflective of present day Fingal and modern Ireland.

Here the judges were highly impressed with the rich variety of active clubs providing an inclusive environment for all who wished to participate in their activities. Not only that they were provided with an excellent presentation on the work of the various groups and saw for themselves the truly pioneering efforts to reach out to everyone in the community. This urban neighbourhood is diverse and multicultural and in their own words is “very much reflective of present day Fingal and modern Ireland”.